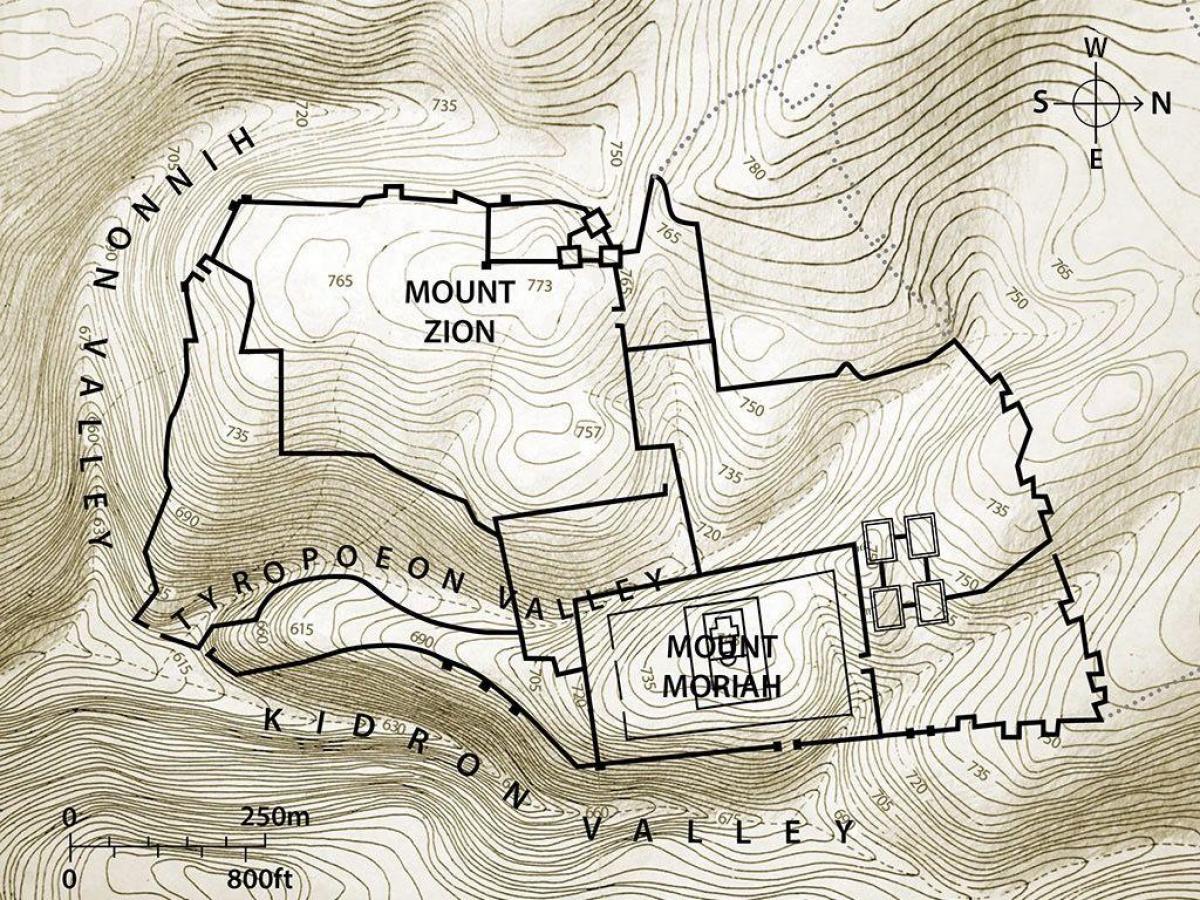 The site of Jerusalem on Jerusalem elevation map, is poorly distinguished from its history, the geography joining the theodicy in Psalm CXXV (verse 2): "Jerusalem has mountains of elevation for a belt; so the LORD surrounds his people now and forever. Jerusalem rises in the heart of the elevation of mountains of Judea between the elevation of Beth El in the north and those of Hebron in the south.