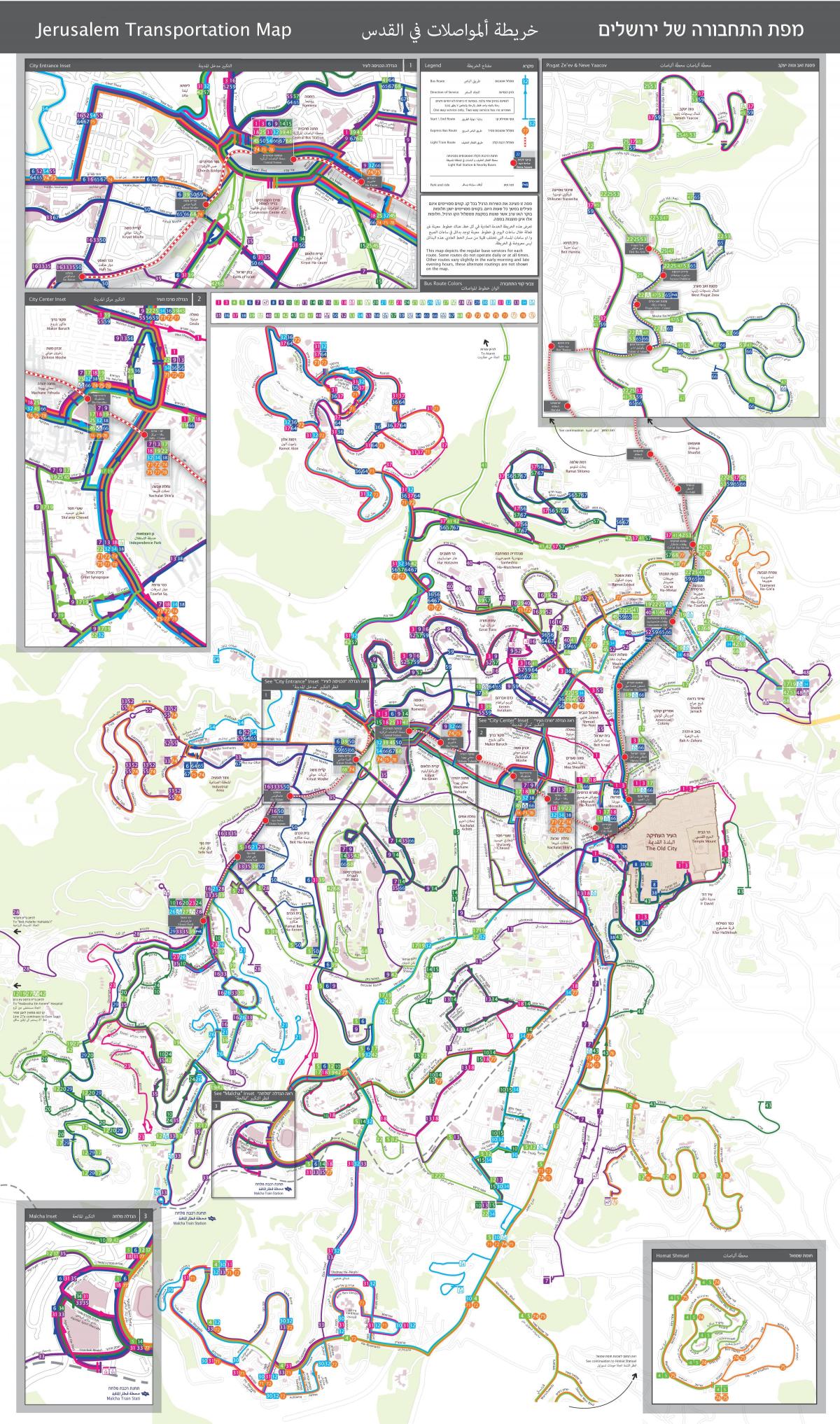 To take a bus to Jerusalem on Jerusalem bus map, first go to the second floor of the airport, next to boarding gates 21 and 23 and take a shuttle that will take you to the Egged bus station in Jerusalem at the crossroads. Stale. From there you can go to Jerusalem by bus Egged 945 and 947 (which run every 30 minutes from 5.30am to 9am).